Study: FDA is responsible for up to 73 million deaths since 2005

March 24, 2018BlogFeaturedComments Off on Study: FDA is responsible for up to 73 million deaths since 2005

In the field of medicine, the Food and Drug Administration is the most influential organization in the world. Many nations look to the FDA for leadership and advice. Unfortunately, that power has amplified the damage done by the Washington DC-based, mammoth bureaucracy. Many leading experts in the food and healthcare industry agree: the FDA is responsible for an immeasurable amount of pain and suffering world-wide.

A former FDA Commissioner even admitted to underreporting numbers by as much as 100 fold!

The FDA underreports their numbers

The Alliance for Natural Health USA has cataloged a vast amount of research on the subject of underreporting:

According to the research above, only 1%-20% of serious adverse events are actually reported. The math? The FDA is responsible for as many as 73 million deaths since 2005.

To be sure, the true number of dead is likely substantially less than 73 million. However, the number of deaths that FDA-approved drugs, vaccines, and devices have caused is astronomically higher than most Americans would ever imagine.

A personal, human element can sometimes be lost when looking at statistics of large numbers of dead people. What do these statistics look like at the individual level? At least one powerful story of suffering that the FDA is responsible for made it to the big screen.

Even Hollywood knows the FDA is responsible for untold misery

Normally, Hollywood is more than ready to shower the federal government with praise. They’ve done their bidding for decades. Not this time.

You may have seen Dallas Buyers Club. It’s an emotional, critically acclaimed film staring Matthew McConaughey. It was based the true story of Ron Woodroof, an AIDS patient. 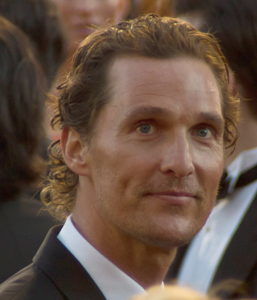 Woodroof contracted the virus from either intravenous drugs or unprotected sex. One day, doctors finally tested him. They told him he was dying. The doctors put him on FDA-approved drugs. He started dying faster. At 5’11”, McConaughey got down to around 143 pounds to play the staring role.

Through much research, Woodroof discovered a non-FDA-approved drug that extended – and in some cases, saved – the lives of AIDS patients. He started taking the incredibly helpful, unapproved drugs himself. Then, he started selling them to others who were suffering. He was able to help a lot of people.

The FDA harassed, sued, and eventually shut down Woodroof. They even resorted to stealing his property.

The FDA’s corruption and ineptitude are insurmountable

The FDA prevents terminal patients from getting helpful drugs, botches food safety, helps to increase the price of drugs, and creates chaos and confusion in the marketplace of medicine.

The FDA is responsible for part of the culture of corruption that has engulfed Washington DC for over a century. Good people like Ron Woodroof have valiantly tried to fight back. Occasionally, a lone DC politician will stand up and try to reform the behemoth agency. Like an animal fighting for its survival, the FDA smothers reform efforts with lobbyists, lies, and propaganda.

There is only one way the people of NH will ever be rid of this entity that continues to harm so many: a peaceful declaration of independence. Full autonomy and a non-violent separation from the criminals of DC is the only answer.

If you agree, please join us. There are many ways you can help. Please, start today. Because tomorrow is not guaranteed, as millions have already learned at the hands of the federal government of the United States.